On this trip Peregrine Lodge hosted a 3 day fishing adventure for a special private group from Texas and an equally special group of 32 corporate guests from USA and Canada. The weather was seasonable for the northern Haida Gwaii Islands during the trip with wind 8 knots gusting to 18 knots on the third day. Four guests caught their allotted limit of Salmon, all of whom were on the private trip headed by Sheldon and Ronald. Also, there were three Tyee caught in three days! Our guides and guests fished the best Chinook Salmon grounds from Cape Naden west to Green Point. The fishing hole at Snake Rock was very busy as boats tacked along the east side of Snake and into the bay as sportsman and woman landed or trolled for the coveted Tyee Chinook. The fishing around Parker Point was also popular and many Chinook were angled there on this trip. Halibut was being caught while Salmon fishing, but mainly caught offshore jigging at spots like Halibut Hill with natural ocean floor structure. Coho Salmon was found east of Klashwun and off of Shag Rock. The odd Coho was reeled in closer to shore too. Among the other species of fish caught were Sole, Chum Salmon, Pink Salmon and Cod. This is a special place, and for all of our guests to Peregrine Lodge its not only the fishing they enjoy. The best food coupled with many great amenities makes the best fishing around even better.

Sheldon is from Texas and he and Ronald are frequent guests to Peregrine Lodge. This was Sheldon’s sixth trip to Peregrine. Sheldon and Ronald were joined by David K and David W. They fished from Trophy and Pursuit boats guided by Brian and Dave W. On days 1 and 2 Sheldon caught a 27 pound Chinook guided by Dave W on day 1 and Brian on day 2. Sheldon shared the biggest Chinook of the day prize on 2 with his 27 pounder. On day 2 Sheldon released a 14 pound Chinook and kept a 22 pound Chinook. Ronald caught a 25 pound Chinook guided by Brian on day 2. All of the guys caught their limit of Salmon this trip. In addition to tubbing out on Salmon they all retained a Halibut, Sheldon kept two.

This trip truly honored Peregrine Lodge and we are happy to have facilitated bucket list item fulfillment for some of our guests. Our return guests realize that they were at first eager to check off Haida Gwaii sportfishing too, thank you for sharing the passion again and again. A lifetime achievement is not taken lightly up here. Sportfishing was on full display and the fishing grounds did not disappoint. Sharing our 30th anniversary year has made Peregrine Lodge proud and we await your return. Until then, keep the rod tip up and let it run. 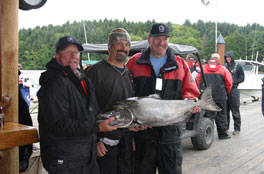 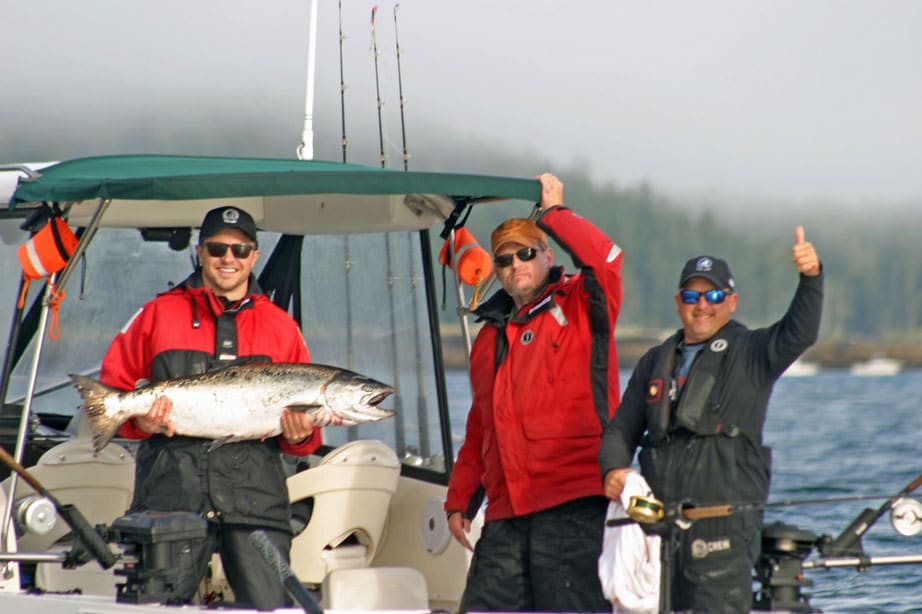 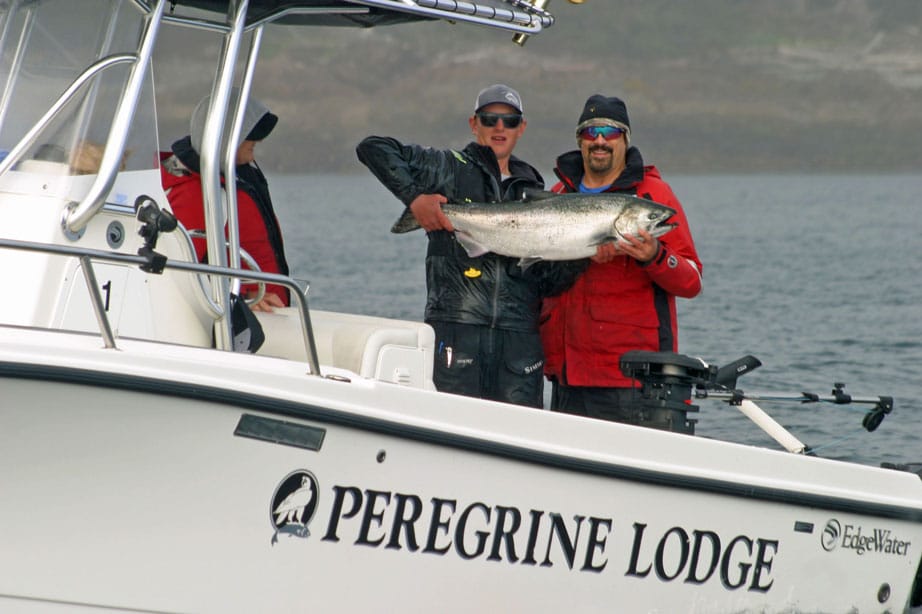 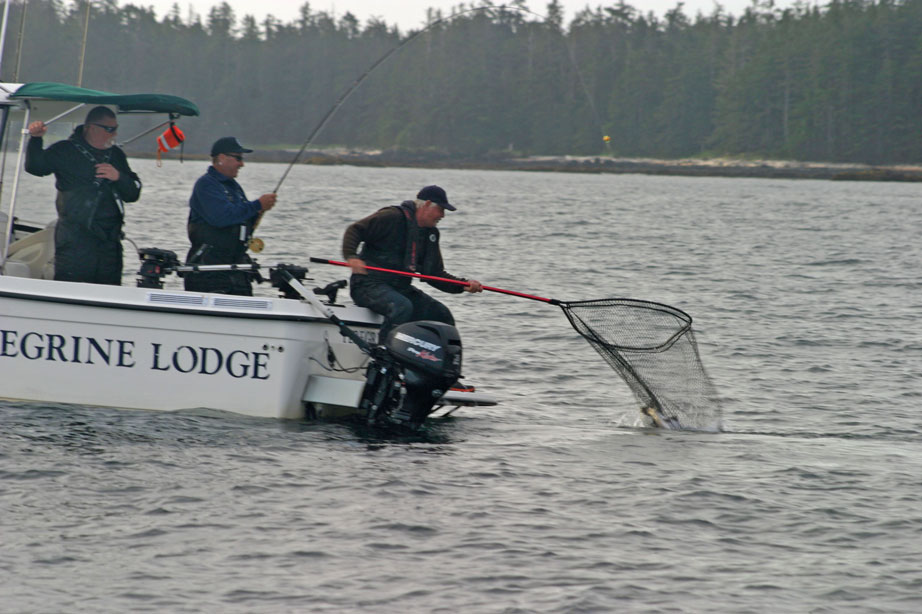 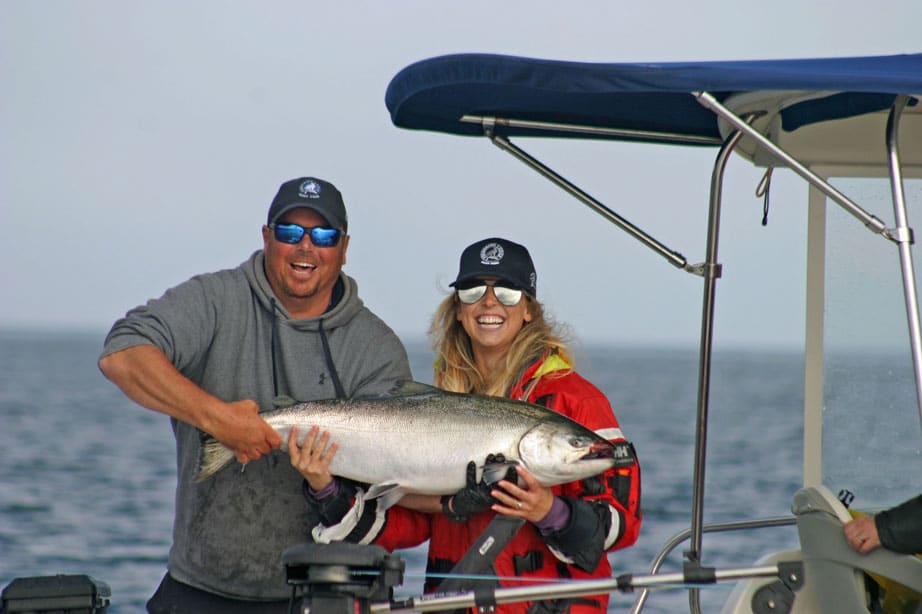 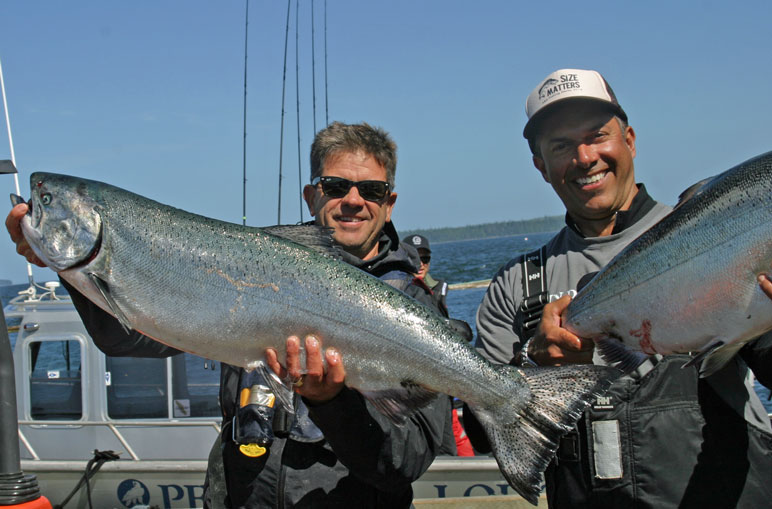 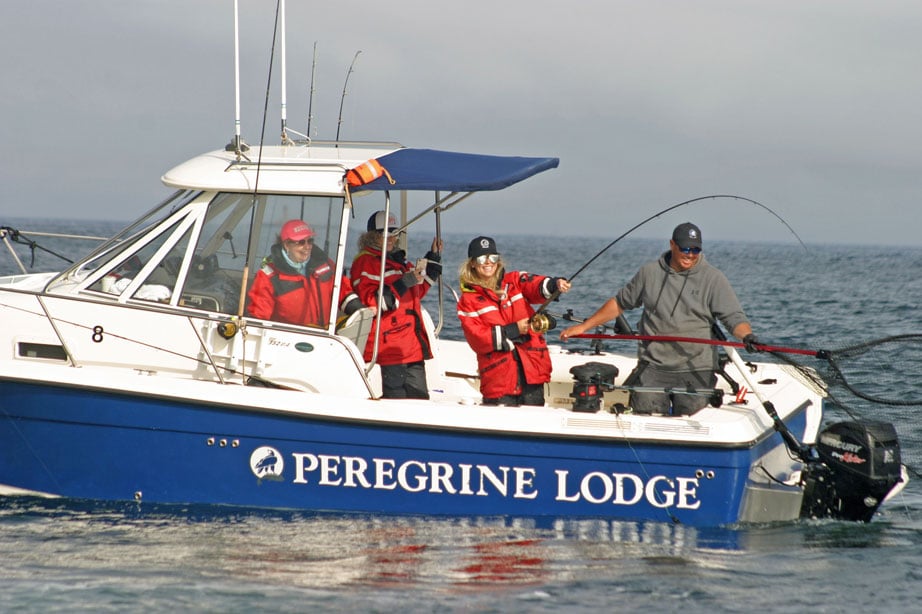