On our trip starting July 3rd, we welcomed guests from Germany, Canada, and the US. The first night is always spent with an orientation, delicious meal and well-deserved sleep. As the manager Jim likes to say “morning comes early at Peregrine Lodge”. July 4th is always a celebration for our neighbours to the south and we celebrated with them here in the Haida Gwaii. The festivities began out on the water with lots of hook-ups resulting in some nice catches and several releases including three Tyee and a very large Halibut. Tyson released a nice 32 pound chinook, and Dearl and Brian each released their 31 pound Tyees. The halibut was hooked up and released by a father-son duo who caught the action on cell phone video and shared the footage with the rest of the guests in the evening. We were all impressed by the strength of the flat fish who swam safely back to the depths of the ocean to continue feeding and breeding.
Back at the dock day one had everyone excited to see what was in each others’ bins. After a full day of radio calls with fish measurements for releases, the weight in station was buzzing with tales of an adventure-packed day. There were still plenty of fish brought in to weigh, fillet, and box up.

On day two the fleet spread out between Cape Naden and Snake Rock.
There were some exceptional catches including a nice 50 pound Halibut measuring in at 121cm!
The Coho are coming through in abundance so lots of guests were landing these tasty fish as well which are perfect for a summer barbecue. A coho fillet is the perfect thickness throughout so they cook nice and evenly.
At weigh in there were a lot of smiling faces and even more fish stories. The sun was warm and bright so after cleaning up it was time to relax with a cold beverage around the fire pit.

On day three the weather had kicked up a bit so the fleet stuck close to Snake Rock and Parker Point.
The fish don’t care if it’s calm or bumpy, sunny or cloudy and they were biting all day. Glen hooked a very nice Tyee and a few of the boats struck into a nice run of Coho. One boat even lowered a line into these fish and hooked up in less than a minute!

Day four and the sea was back to being glass calm. Just gorgeous conditions for the perfect fishing day! Most of the fleet settled in at Cape Naden where the action was almost nonstop. Quite a few double headers were reported and most boats had multiple fish in the box well before 8:00a.m.!
At the final weight, many of our guests had tagged out on Chinook and a few completely filled their 5 day retention limit. It was nice to see lots of fat Coho, lingcod, some Pink Salmon and even a couple of soles!

Now the choppers have come and gone. Our new friends have left, the new guests are here and we are all excited to see what this next trip will bring! 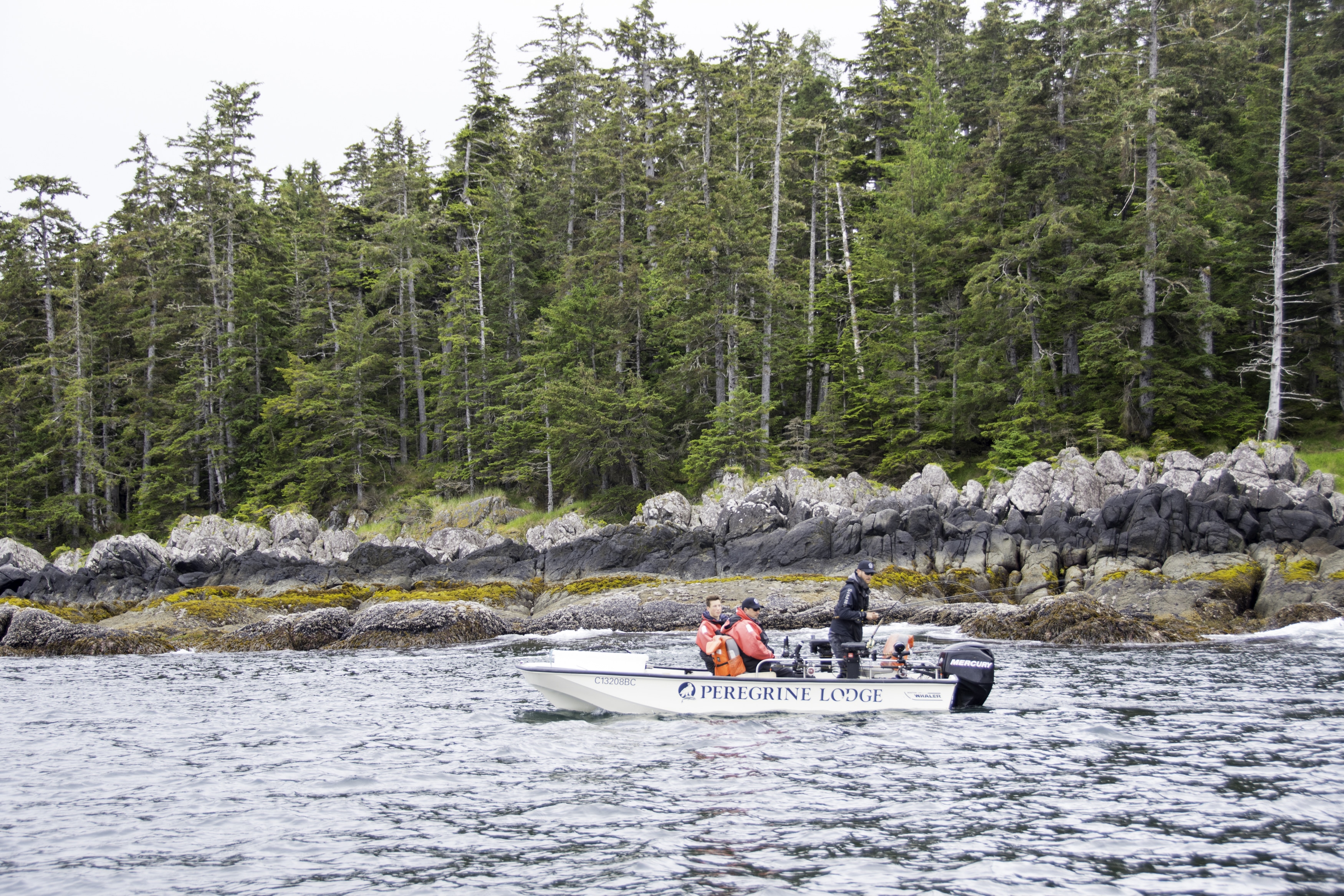