This trip got off to a fantastic start with two Tyee being caught before the morning was even half gone. Guide Steve and his guest John released a 35 pounder while Max and his guest, also named John landed a 31! It’s very exciting for everyone when one of these magnificent fish hooks up. Cape Naden was the big producer of these and many other beautiful fish.
It was also a fantastic day to be offshore as the Coho run is getting stronger everyday.We are catching bigger ones as well.
Almost all the boats had Coho in their bins at weigh-in, and many guests were able to bring in their daily limit.
The bins were full of the days catches, all different sizes, and different species which gave the guests lots to talk about at dinner that night.

Day two the morning was foggy but the seas were flat calm. As safety is always a priority with Peregrine Lodge the fleet headed out together and spread out once they hit the fishing grounds.
Parker Point, Snake Rock and Cape Naden were the hot spots that particular morning.
Guide Max and his guest John hooked up another Tyee reeling in and releasing a 31lb chinook this time! When it rains it pours!

In between hooking up, guests were able to soak up some sun when the fog burned off. They were also able to take in the incredible scenery that Haida Gwaii is known for.

These trips fly by especially when the fishing is as hot as it was this week!
Day three was one of those magical days on the Water that you wish would never end. Clear and bright with a slight breeze and flat calm water with barely a ripple.
As the guides settled in to their favorite spots the lines were lowered, and the fish were caught.
By the time weigh in came around quite a few folks had already reached their retention limit.
Now it was up to us to get all the catches loaded up and ready to ship to St. Jeans.
This trip was so good that we can’t wait to get out and do it all again….but we feel that way after every trip! 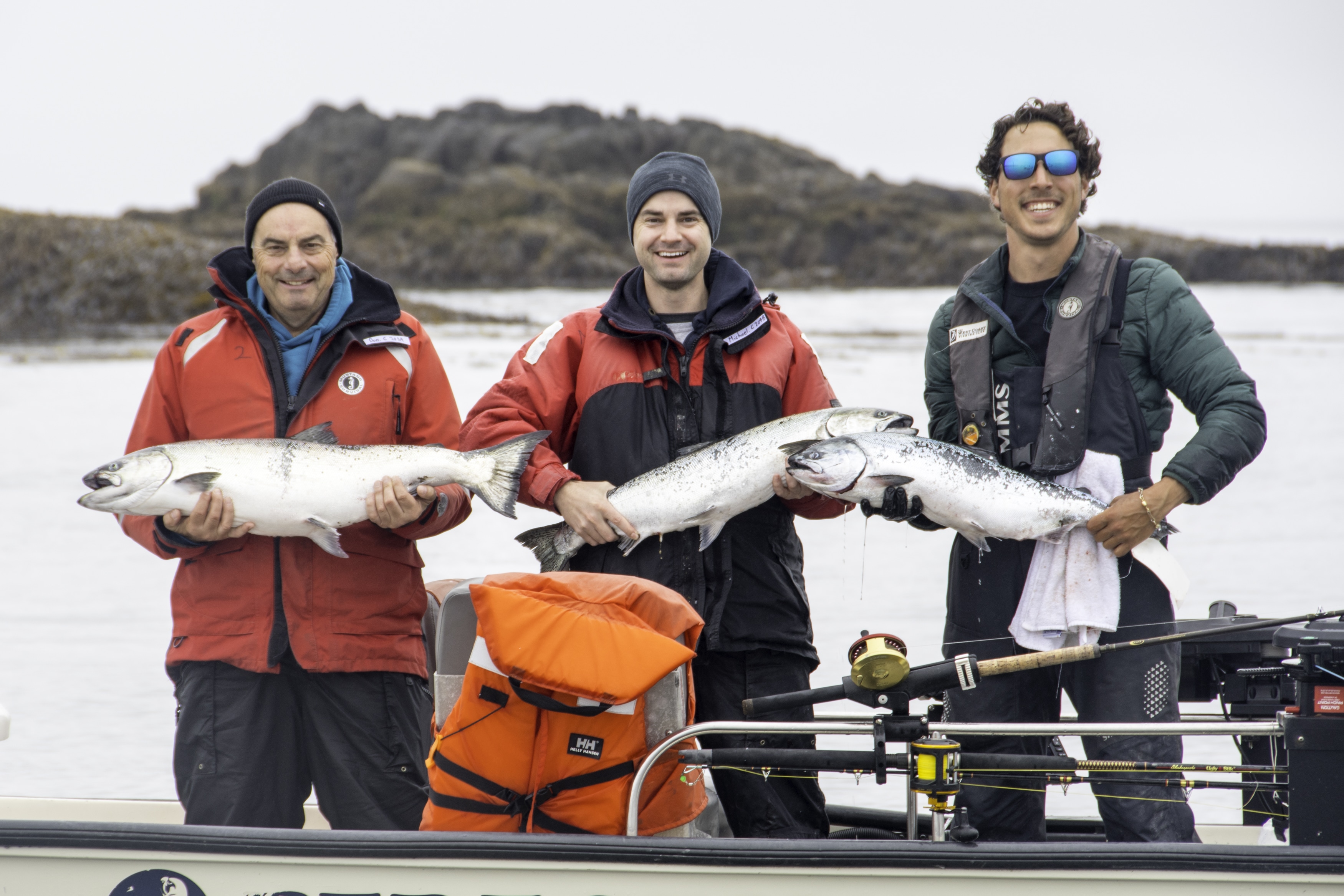 Lots to report this week as the fishing was so good!