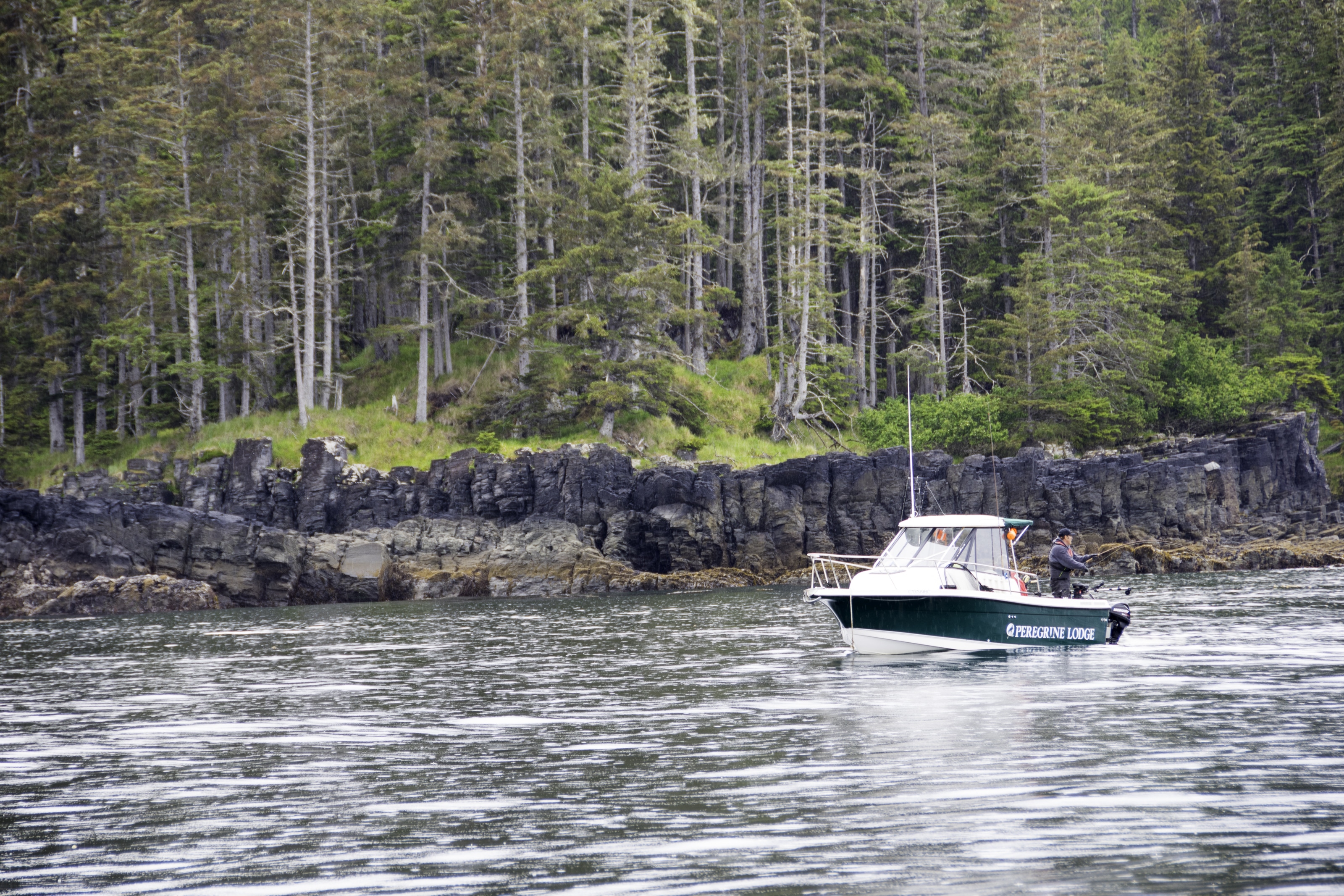 The dock was buzzing with excitement as the guests boarded their boats and headed off to the fishing grounds for the opening day of Peregrine Lodge’s 2019 Salmon season.

Any signs of tiredness from the previous days travels disappeared as gear was checked, lunches stowed and the fleet shoved off and made way to the fishing grounds.

The first day Snake Island seemed to be the hot spot.

Fish were being caught in deeper water, 60-80 feet. As the day went on and the tide turned it brought in a fresh wave of beautiful Chinook. Parker Point and Bird Rock both heated up and the catches were impressive.There were multiple double headers recorded and at weigh in there were two of the coveted Tyee, both well over thirty pounds.

The next day the weather was typical West Coast, cloudy, drizzly and a bit chilly, but no one seemed to notice as the bite was on!

The fleet didn’t have to move far as the guest were landing salmon at a steady pace.The fish seemed to be all over the place in depths from 25 feet down to 90. In between fish they got to take in the incredible scenery and nature show. Humpbacks were swimming in between the boats, eagles were flying high, you could hear the Oyster Catchers calling… it was like a scene from a National Geographic documentary.

The next day you couldn’t have asked for better conditions. The seas were like glass, the sun was out and there was even a rainbow over Snake Rock on the way out, which once again seemed to be the hot spot.

By day three some of the guests had already caught their limit of Chinook so it was off to the Halibut grounds.

It seemed like no sooner had the bait been lowered than it was being pulled up again with a big fat Halibut on it. One lucky angler even caught a couple of Pacific Cod. A really tasty fish!

Any Chinook on the small side was released as were any big Halibut. This helps to ensure that there will be plenty of fish for future guests.

By the end of the trip the guests had landed several large Tyee, including an impressive 35 pounder, dozens of Chinook, boat loads of Halibut and even a Sockeye.

As everyone boarded the helicopter back to Massett, tired but happy you could tell they were already getting excited about their next trip to Peregrine Lodge.