Putt The Grin In Peregrine

This was a full four day trip with guests from USA, Canada, New Zealand and Tahiti. It was a sporting group that showed off their angling skills and worked well with our guides who were really in their element. The Haida Gwaii fishing was perfect for lots of fish to be played, caught, and released. The weather was primarily slightly overcast in the morning and sunny in the afternoon when the temperature reached 21 degrees. The winds were light to moderate from the West, Northwest and Southeast bringing with it waves of one to one and half meters. Four guests caught and retained their maximum allowable Salmon for the trip. Our guides guided the fleet to the Halibut grounds too. Other species that were caught included Coho Salmon, Chum Salmon and Cod. Notable guests on this trip were John who came on his 11th trip to Peregrine with his son Remington from California and Bill who came with his brother and two grandsons.

Taimana and Hirinaki came on their first trip to Peregrine and are from Tahiti. They fished from Boston Whaler Montauk and Trophy boats guided by Max and Dave W. On day 1 Taimana caught and kept his 29 pound Chinook which was the largest Chinook caught on the day. On day 2 Hirinaki caught and retained her 22 pound Chinook. They were guided by Max on both days.

John and Remington returned to Peregrine on the 30th anniversary season from California to sportfish for Tyee. This was John’s 11 trip. They fished from an Edgewater boat guided by Mike O. On day 2 John caught a 24 pound Chinook to take home. On day 2 Remington caught and retained his two 20 pound Chinook.

Dan and Jindalee made the journey north to the Haida Gwaii for some good time sportfishing and leisure time at the Peregrine Lodge. Dan and Jindalee fished from a Boston Whaler Montauk boat guided by Myles. On day 2 Dan caught and retained his 20 pound Chinook. They both caught four Coho and one Halibut each, all of which were taken home.

What an awesome experience for everyone on this trip. There was some serious sportfishing being played and we have the photos that show it. 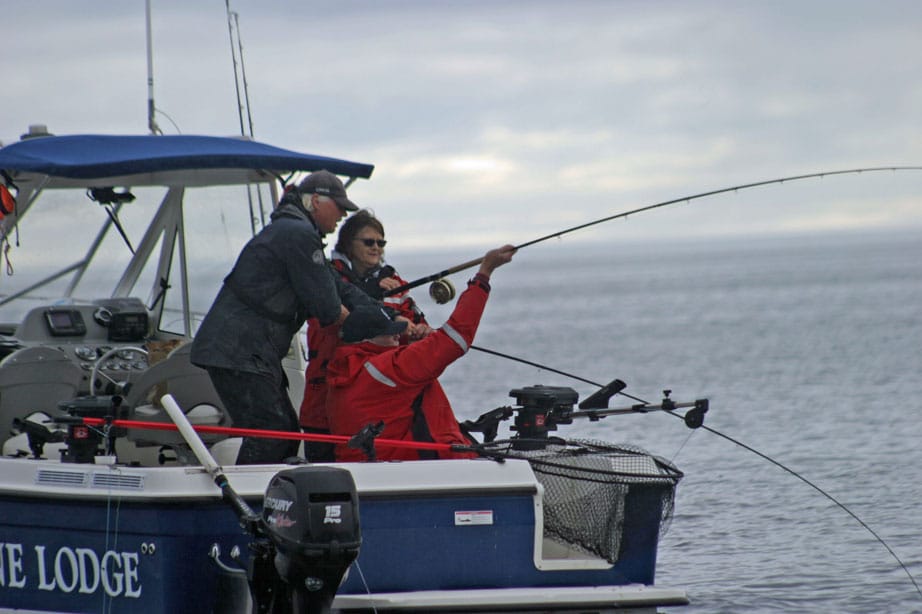 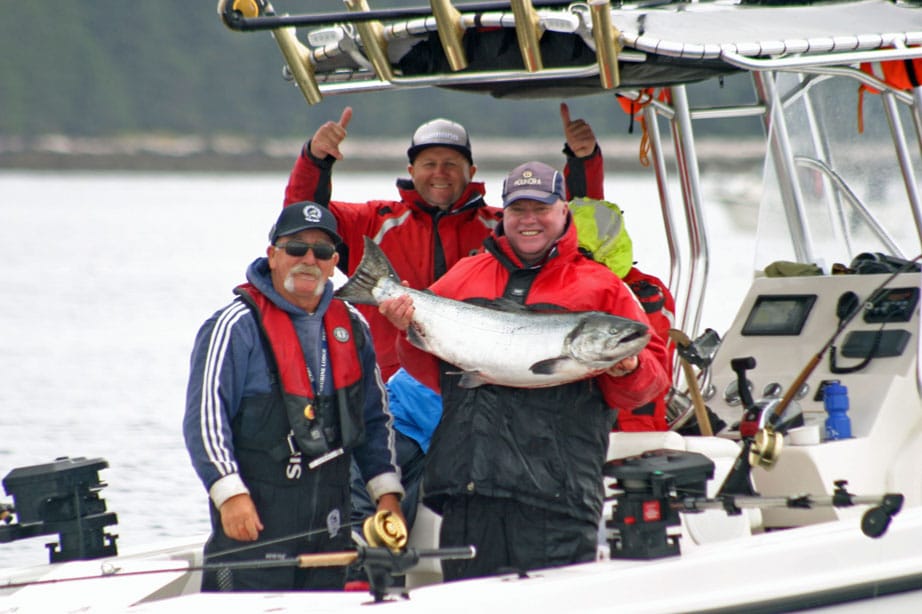 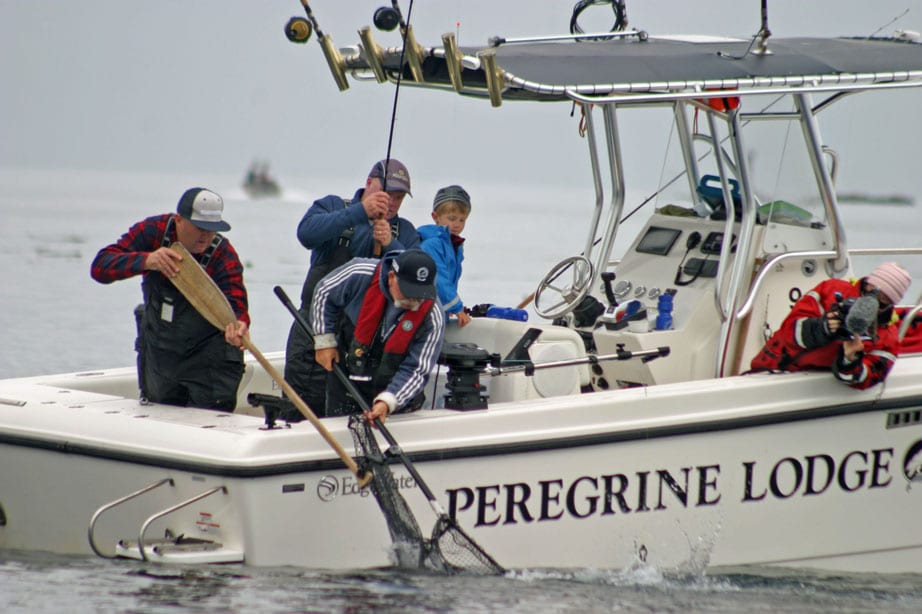