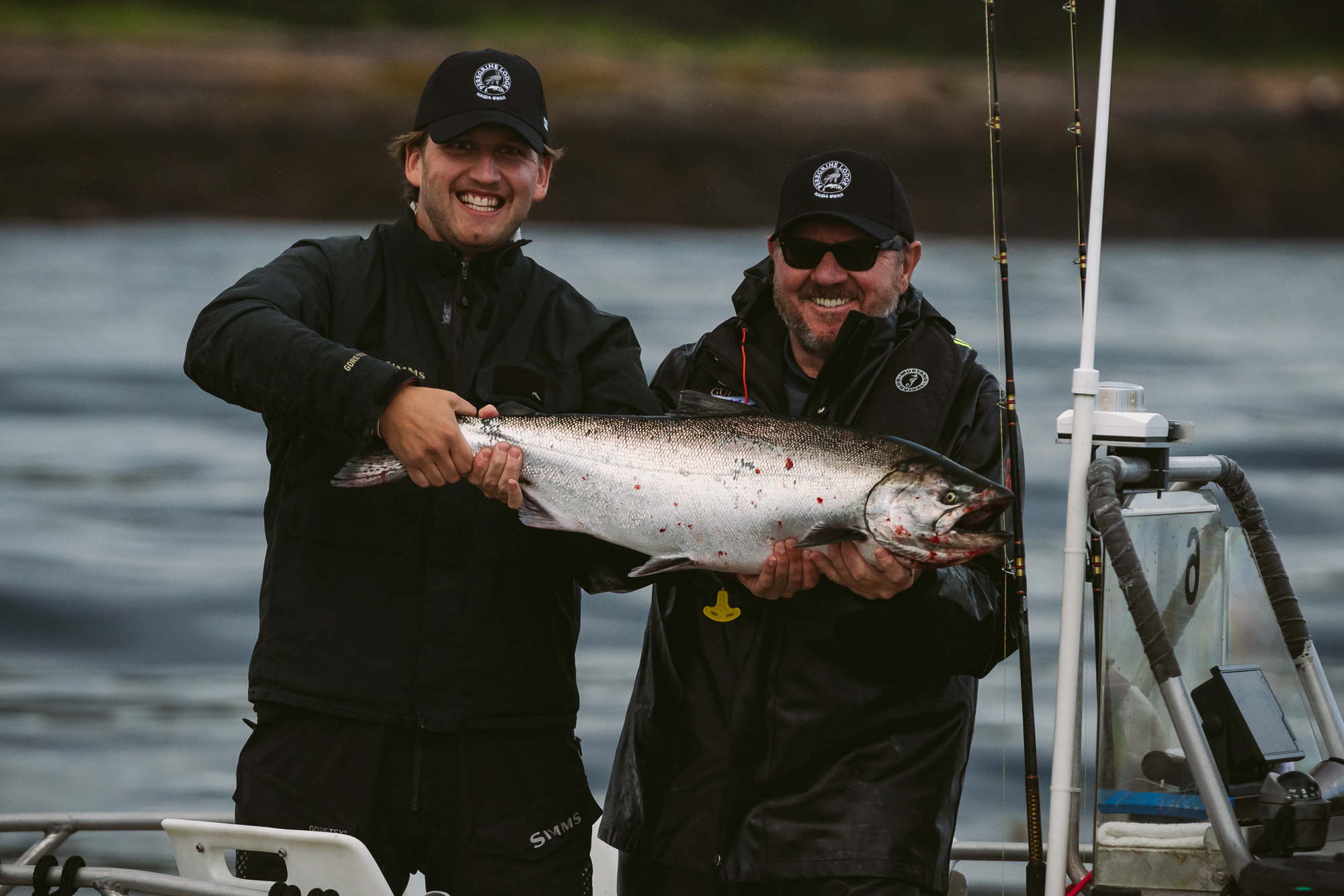 Finally the north west winds we’ve been waiting for have returned. They’ve brought back the chinooks and there has been an absolute abundance of silver in towards the shore.

The seas have picked up a little, with some swell and chop replacing the previously calm waters. But our skilled guides have been navigating close to the rocks to catch those fish being pushed in by the tides and currents.

There was no tub left unfilled and most of the chinook were decently sized in the high teens and mid 20’s. The biggest chinook for this tour was a 32 pounder caught by Agis at Cape Naden.

As the borders opened to our southern neighbours in the last few days we’re now looking forward to welcoming the first our our guests from the United States.