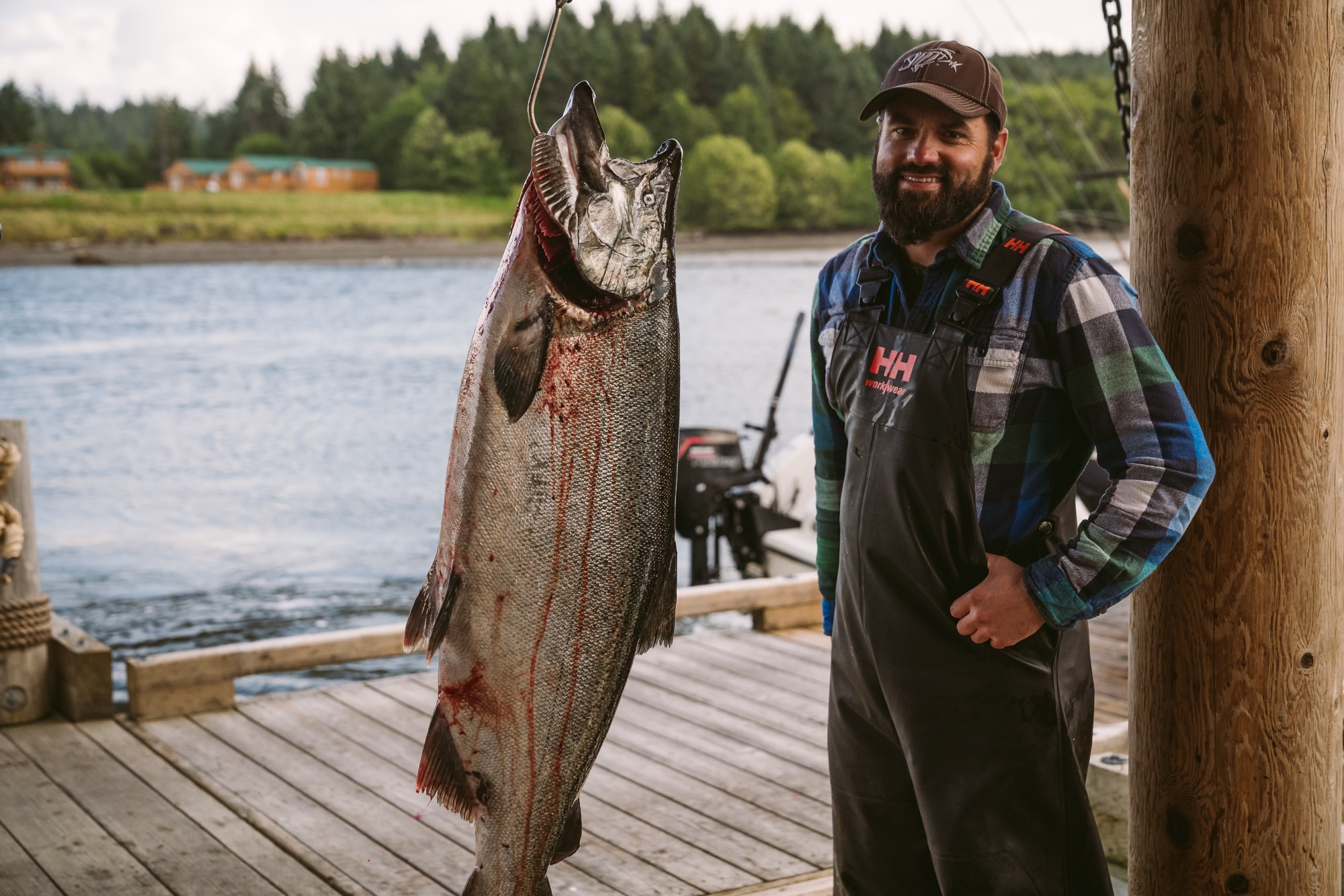 The North West winds we’ve been talking about have stuck. We’re back to conditions similar to the early season. The seas are a little bumpy, the wind keeps contstant and firm, and the Chinooks are pushed into the shoreline. Most of your groups were tubbed out by day one!

This weeks guests had multiple Chinook releases in the 30 pound range, with the odd one retained. We’ve seen plenty of good looking Chinooks in the 20 pound range as well.

The Cohos were being a little elusive, but our guides managed to find where they were hiding and managed to land plenty around the 8 and 9 pound range. Topped off with our guyest Allan’s 76 pound halibut and it’s been an eventful week!

This weeks biggest Chinook was won by Joshua with his 41 pound hog that he’s happily taking home!