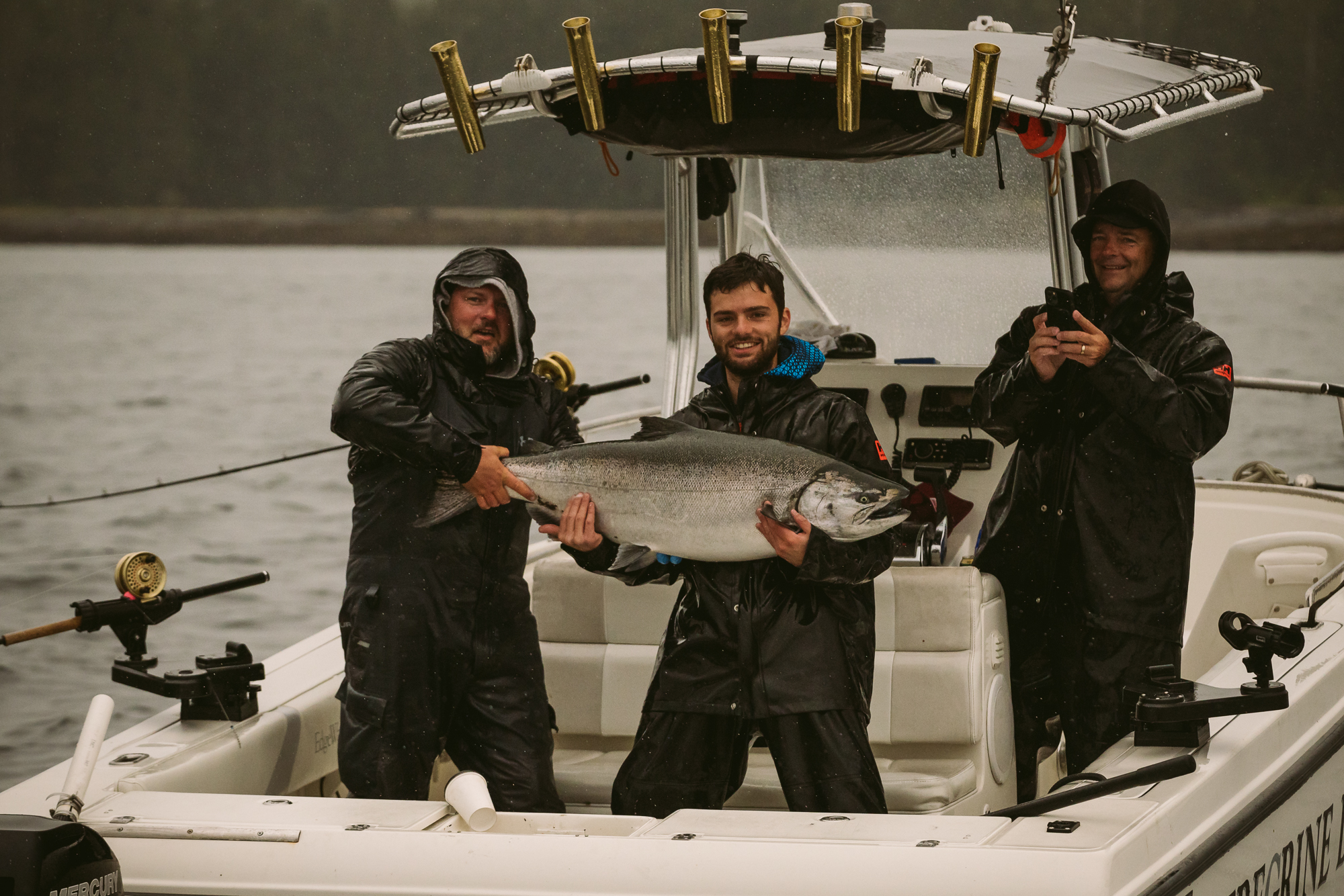 It’s been a rollercoaster of a tour this week!

Day 1 was a hammer show and the radios were live with the chatter of double headers, triple headers and full tubs at every corner of the fishing grounds.We had a couple of barn doors brought back to the dock, big smiles from all the guests, especially our new guide trainee Daxton who landed a halibut that was bigger than him!

Day 2 was the total opposite. The guides worked hard and long but the fish simply weren’t there. The winds moved from North Westerly to Southerly, maybe that was it, either way the humility was felt by our team.

Day 3 and every boat was off the dock the instant the flag was dropped. You could feel the determination across the entire fleet, boy did they hit the ground running!

The first Tyee came from Jorgen and David off Cape Naden half an hour into the day, a whopping 37 pounder. Then Myles and Terry had a mid 20 pounder. Then Rick guiding Shaun landed another good looking 43 pound Tyee. The big fish were hitting! Around noon our guide Craig with guest Daniel were back at Naden being towed off shore for a solid 45 minutes. They landed a 52 pound beast! Proudly released after a quick snapshot of what you see here, and celebrated by a few B52 Coffees back at the lodge.