Trip Of A Lifetime For Everyone

The weather was superb for the entire trip. The maximum wave height was forecast to be one meter, but the fleet failed to experience even that. The flat seas coupled with a maximum wind of 10 knots made for a most excellent fishing adventure. On the first day alone 110 fish were caught by the sunkissed sportsmen/women and processed by our hard working and thorough group in the Fish Pack Department. Thanks to Alex, Cairo and Myles, the fish is immediately frozen and organized to be flown southbound and back to wherever location our guests request.

A 18 person/group corporate trip led by Emile, from Illinois who was here on his 5th trip, provided many entertaining moments on and off the water. The guys took full advantage of the fire pit, sports lounge, mini golf, massage and the great food catered by Hayden, Barry, Colin, Mansour and cousins Joel and Jeff. Christina did a knock up job at the bar for these gentleman too. The Hostess’s Desirae, Lucy, Hannah and Tessi made the group not ever want to leave Peregrine Lodge. While Sportfishing for Salmon, Halibut and Cod they fished from Edgewater and Trophy boats and were led by our professional Guides Jorgen, Butcher, Neil, Billy, Mike, Whit, Kai, Greg and Jake. On this 3 day trip both Mark S and Tom G caught and retained their maximum allotted Salmon. Mark kept four Chinook and four Coho while Tom G kept the eight Coho he caught. They also both had 2 Halibut each.

This was Stan’s third trip to the lodge. Husband and wife Stan and Dorota, from Calgary, rode with Craig B on a Trophy boat for the duration of the trip. Stan busied himself catching the maximum retainable Salmon allowed with three on day 1, four on day 2, and one on day 3. Stan caught four Chinook and four Coho along with two Halibut. Dorota also tubbed out by catching and retaining three Chinook and five Coho as well as her two halibut. Congratulations and great job by this trio! Our Guide Craig B did a great job taking care of the Weber’s Salmon needs and will be more than happy to do it again for this lovely couple when a fourth trip is planned.

This was Thomas’s sixth trip to Peregrine Lodge from Vancouver. He and his fishing partner Brian fished from a Trophy boat and were guided by Craig A for the duration. Thomas caught his maximum Salmon with two Chinook and six Coho as well as two Halibut and a Sole. Brian caught Coho and a 39 pound Halibut. Thomas and Brian are great sports fishermen and made the experienced guiding of Craig A easier as they are familiar with the bottom fishing, Mooching and downrigger fishing styles of the Pacific Northwest. Thank you Thomas and Brian for joining us on the 30th anniversary year and we look forward to satisfying your fishing in the Haida Gwaii in the future.

Peregrine Lodge lucked out when Wayne Harris chose us to bring his grandson Brad and his friend Cody for their fishing adventure. Wayne, Cody and Brad fished from a Pursuit boat guided by one of the most requested guides at the lodge, Guide Brian. Who better to have as a guide for your first time fishing? Brad was vacationing from Edmonton and Wayne and Cody from Vernon, B.C.. On day 1 Brad caught a 23 and 21 pound Chinook. On day 2 Brad caught a and released a ten pound Chinook and Cody caught and retained a 23 pound Chinook. Wayne caught three Chinook, one Coho, one Halibut and two Cod. It was a pleasure having you guys at Peregrine Lodge and thank you again for choosing Peregrine Lodge we will see you again soon. Enjoy the photos!

Andy and Craig were guided by Max and Ryan. Andy caught a 20 pound Chinook on day 3 guided by Ryan.

Rob and Alan were guided by our Head Guide Steve for the duration of the trip. Rob caught and took home two Chinook and two Halibut. Alan caught and also took home three Chinook, two Coho and two halibut.

Tim and Brandon fished from a Boston Whaler Montauk boat and were guided by Dave W for 3 days. Tim caught a 24 pound Chinook on day 1 and took home six Salmon and two Halibut. Brandon caught and retained seven Salmon, two Halibut and a Lingcod.

We are thrilled to have had so many returning guests and to meet all of our new clientele for the first time. Peregrine Lodge Fishing Adventures wishes you all well and to see you all at the Lodge in Naden Harbor as soon as possible. Our excellent staff and professional guides will remember you when you do. Best wishes for big fishes to everyone! 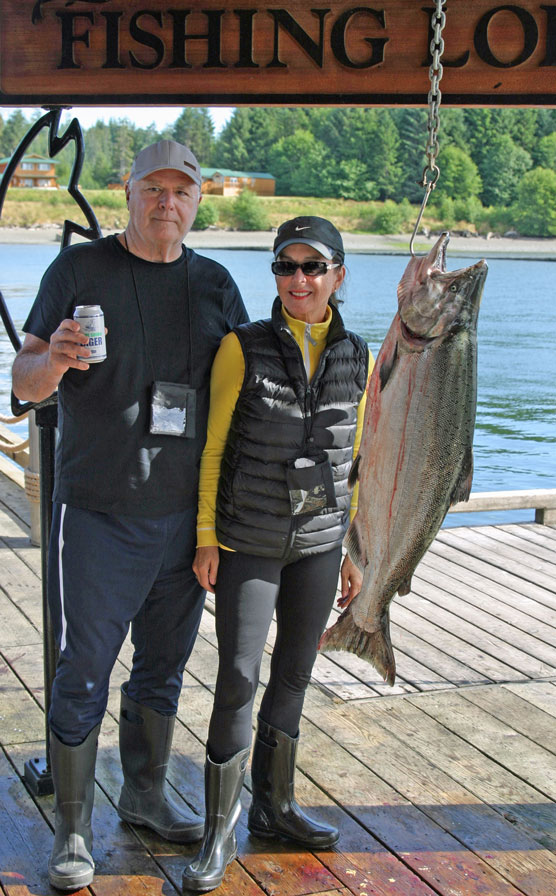 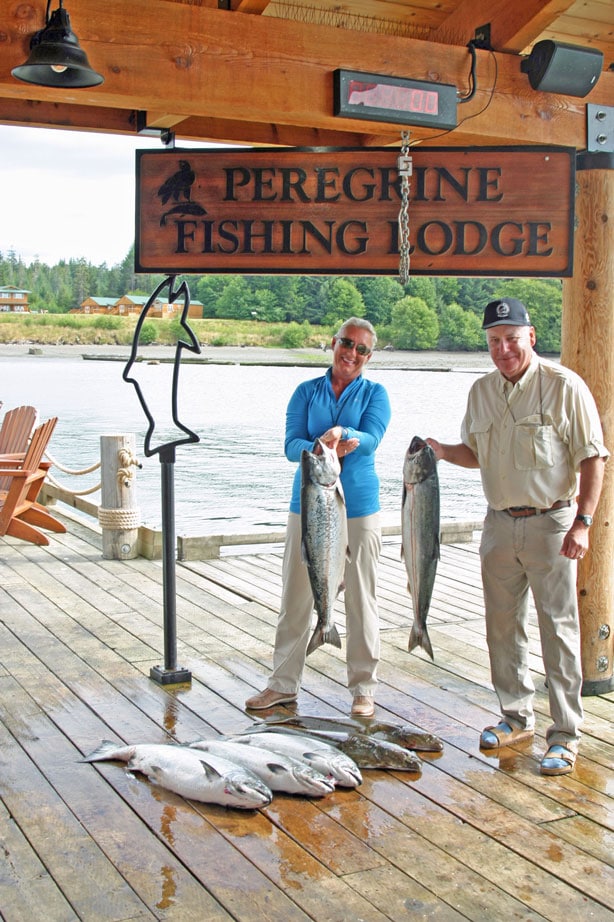 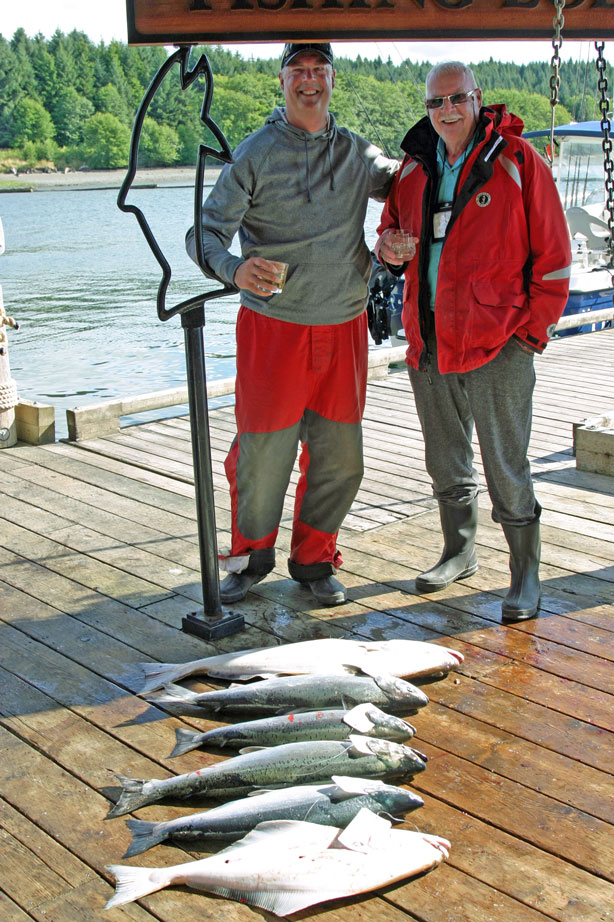 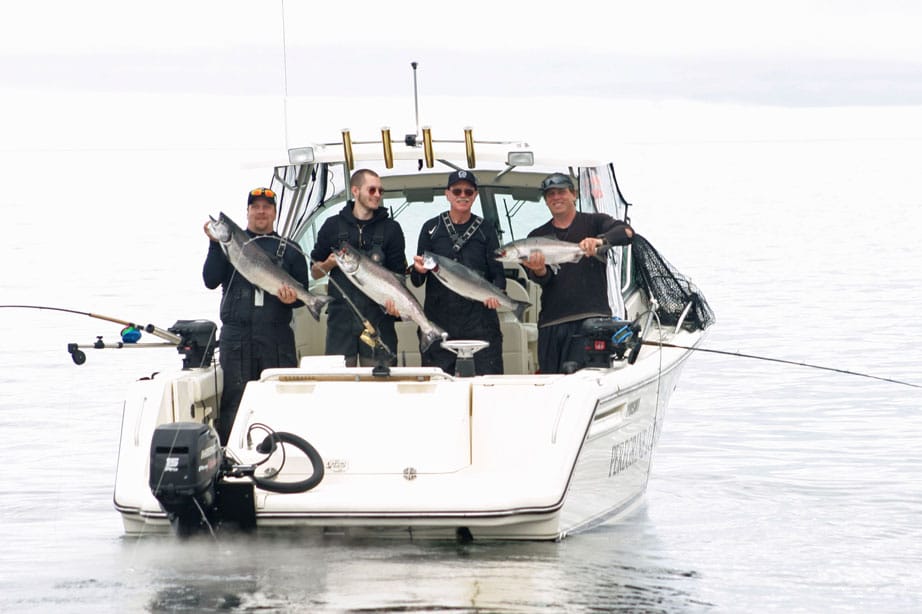 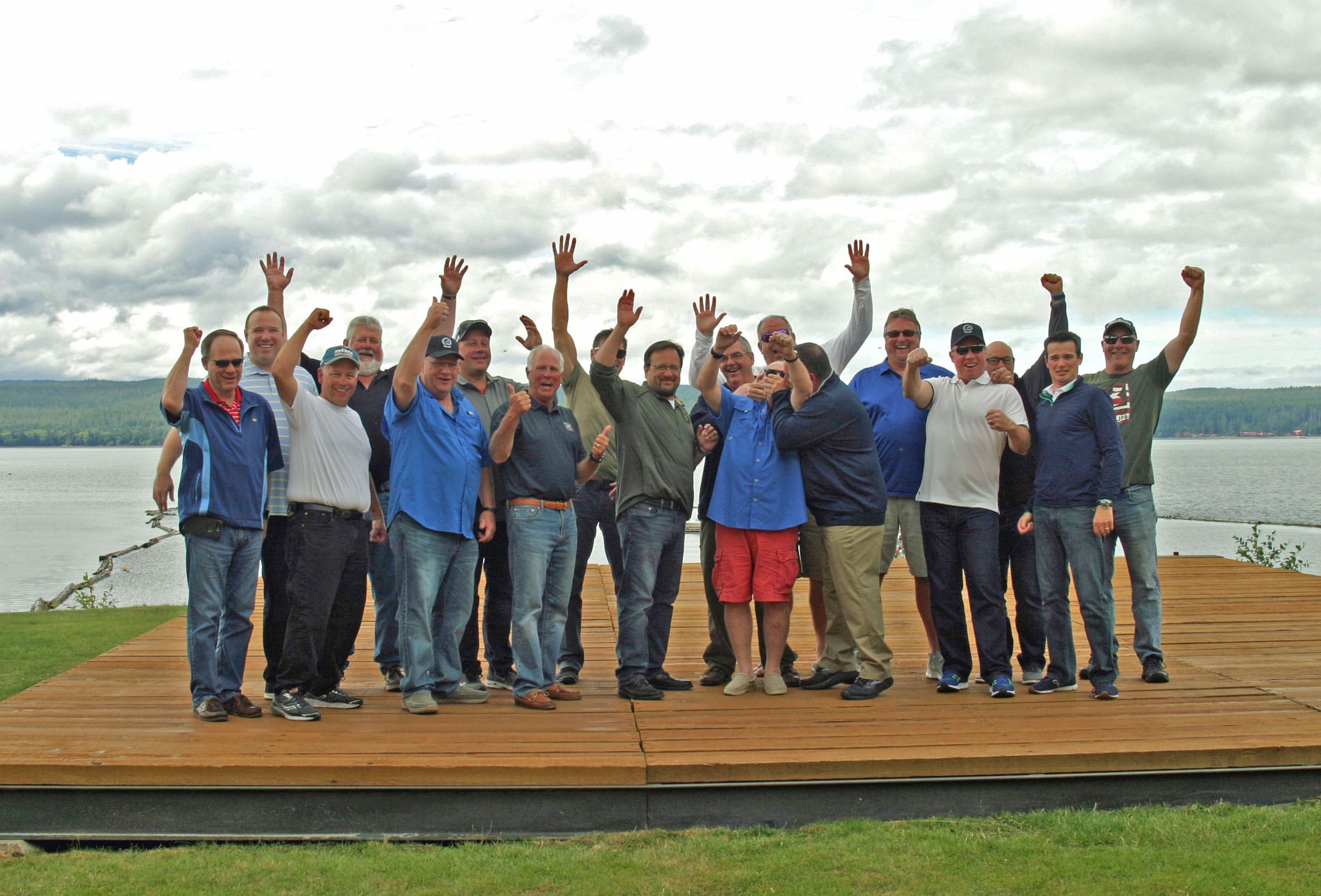 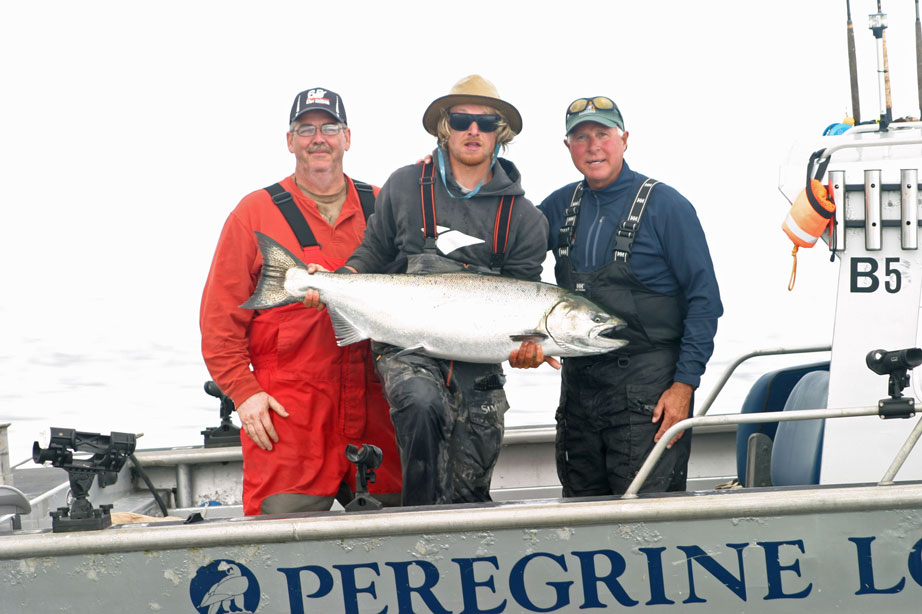