Peregrine Lodge Fishing Adventures hosted the last guests of the 2018 season on this four day trip. Our guests this trip were from the USA and Canada and included four private groups consisting of returning guests, first time guests, and family of our Guide Butcher. The weather became rainy on day 2 which was a nice change from the dry weather we have had here in Haida Gwaii. The temperature reached 17 degrees and the clouds parted slightly on the water for days 1 and 4. The winds blew between 10 knots and 16 knots during the days fishing. The seas were calm on day 1 and increased to a maximum height of 1.6 meters on day 4. The fleet fished along the coast from Cape Naden to Shag Rock for Chinook and west of Klashwun offshore for Coho Salmon, Chinook Salmon and Halibut. Sockeye Salmon, Lingcod, Chum Salmon, Sea Bass and Rock Cod were also caught by our guests.

Peter was on his second trip of the season and came from Kelowna with Brenda and Alex on this trip. They were able to enjoy the great sport fishing, other great adventures around the lodge and leisure time that lend to a great family trip. The family fished from a Pursuit boat guided by Brian. On day 2 peter caught a 22 pound Chinook he kept to take home.

Our Legendary Guide Butcher chartered his family on this trip. Marilyn and Julia traveled from Vancouver to spend the last trip of Peregrine’s 30th anniversary season sportfishing with loved ones. Marilyn and Julia fished from Butcher’s Trophy boat and on day 2 Julia caught a 35 pound Tyee that she retained. This was Julia’s first Tyee ever and the largest Chinook of the day. On day 3 Marilyn caught a 24 pound Chinook that she took home. Congratulations to Butcher, Julia and Marilyn.

The fishing has been as good as it has been all season. The Haida Gwaii natural beauty and diversity of wildlife are as stunning as you can imagine. Peregrine Lodge guests know how special of a place we are in. Thank you for your support over the years, being active sports enthusiasts and ensuring our adventure’s can continue. 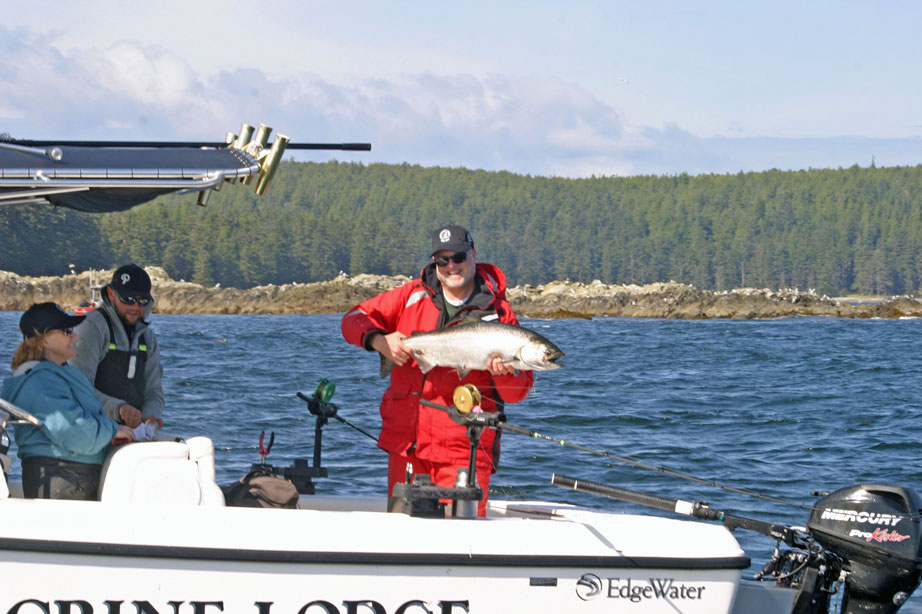 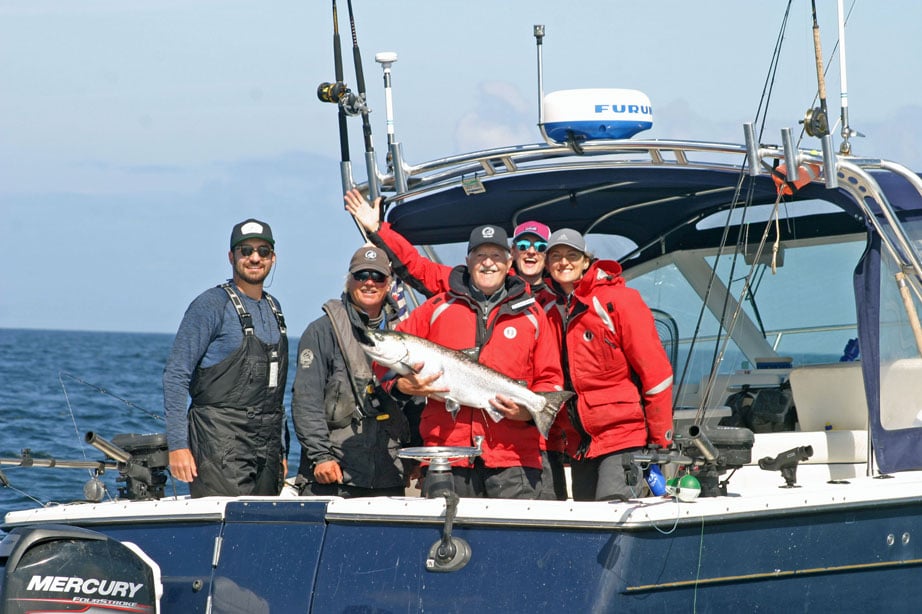 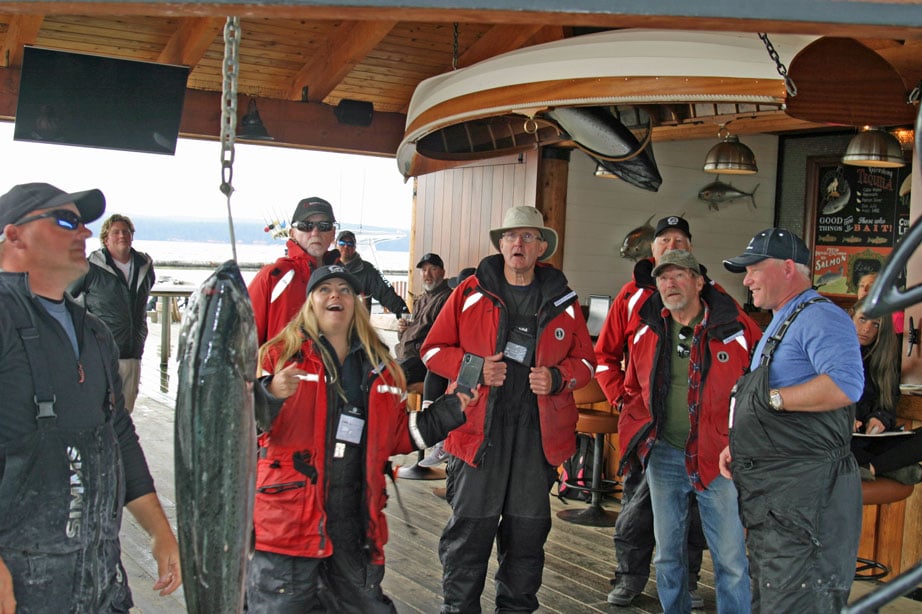 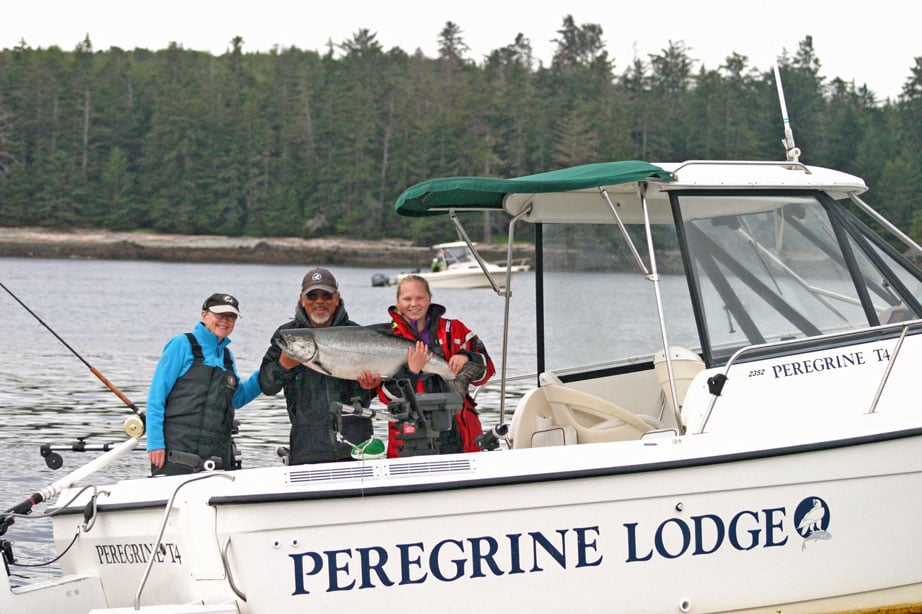 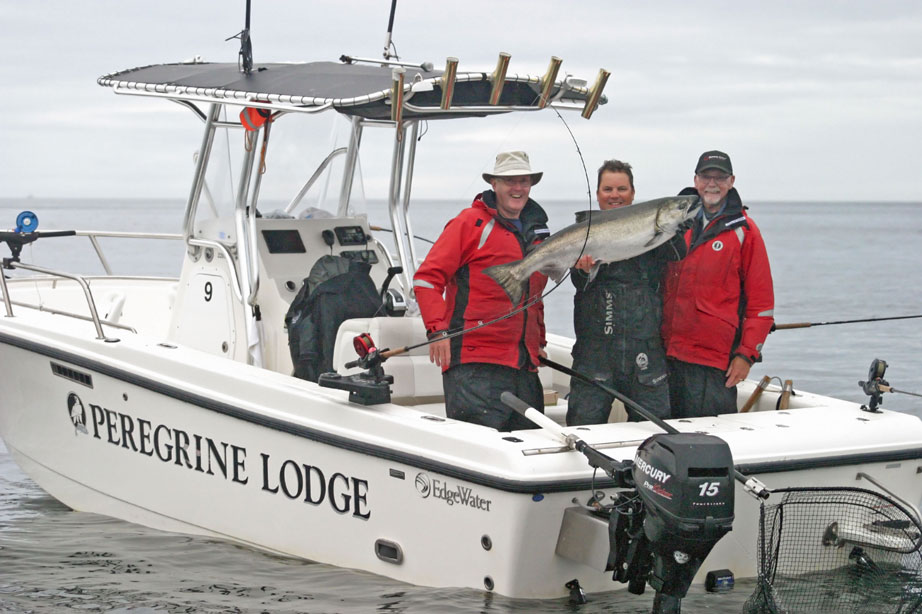