The guests on the third trip of the season were greeted by sunny skies and a lawn full of deer as their helicopter touched down at Peregrine Lodge.The first night at the lodge they were outfitted, fed a delicious dinner cooked up by Chef Jeff and his amazing five star team, then given a briefing on how their trip would run.
This trip we had the pleasure of the Broulim family joining us for the 19th time! We think that says a whole lot about not only the fishing here but also how we spoil our guests.
We also had Don and his 96 year young dad Morton join us again all the way from Florida.
After all the formalities the fire pit was lit and the s’mores fixings brought out.
The next morning the guests were excited to get out to the grounds and get lines in the water.
First time angler Mitch landed his first ever Chinook at Snake Rock, a nice 15 pounder. Just a little while later his Dad Tom hooked into a 33lb Tyee that was measured and released back into the ocean. Guide Cody did a great job of coaching Tom on both the catch and the release of this beautiful fish.
Another first timer, 13 year old Kyle, landed his first fish as well. A respectable 14 pound Chinook.
In the morning Parker Point and Snake Rock seemed to be the hot spots with Cape Naden producing quite a few keepers as well.
In the afternoon the fleet moved off shore at Green, where guests pulled in lots of chinook, coho and halibut.

Day two dawned bright and sunny. Once again the fleet spread out over the fishing grounds.
It was also burger day, a Peregrine Lodge tradition where the guest get fresh juicy burgers cooked out on the water any way they want by the talented Lodge crew.
Once everyone had refueled it was back to some serious fishing.
As the afternoon out on the water drew to a close everyone was anxious to see the weigh in and who got the biggest fish of the day.
There were lots of respectable Chinooks between 15 and 20 pounds, some larger ones closing in on 30 pounds and an assortment of Halibut, various cods and some Coho.

The last day everyone loaded up and headed out for their last chance of catching “the big one”.
The energy was high as the boats once again spread out over the fishing grounds. Over the radio could be heard the guides were giving reports, trying to zone in on the fish to give all the guests the best chance of filling their take-home quotas.
In the final hour Mike pulled in a nice Tree tipping the scales at 34 pounds. Welcome to the club Mike!

The largest fish of the trip trophy went to our guest John, who also joined the exclusive Tree club with his impressive 35lb catch.

All in all it was a productive 3 days and we look forward to seeing all our new friends again next season. 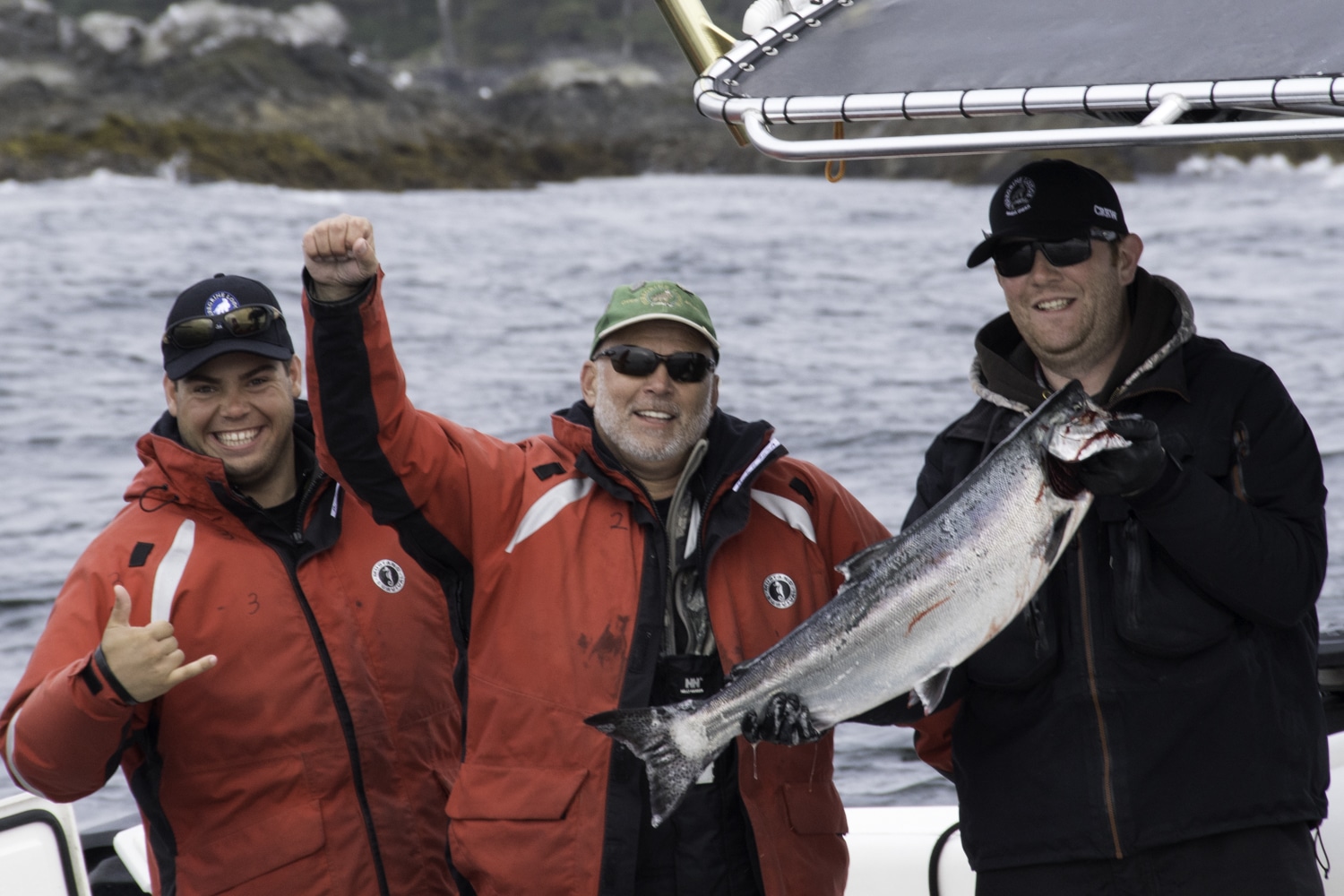