The 2019 fishing season continues to just fly by. The days are getting shorter, the nights longer.
We welcomed guests from all over the U.S. and Canada for this trip, many who have been with us before.
The first day out we had westerly winds that kept the fleet onshore and also brought the bait in. Of course the fish followed!
Parker point and Snake Rock were the hot spots and Opey and Snake Bay also produced nice fish.
Weigh in was the usual excitement as guests gathered around, looking into each other’s fish tubs that held the days catches.
Guest Larry landed his very first Tyee at Parker Point. The ice cube antics will be talked about for years…
His group was very happy for him and were all hoping it would be them the next day.

Day two was pretty much a repeat of day one except for the wind had died down enough to allow boats to venture offshore.
Guide Brian coached his guest Marcello to land a nice Chinook at Klashun, a site that doesn’t get fished much as the conditions are usually quit rough with tricky currents.
A few boats ventured offshore and were rewarded with some nice Halibut and Coho.
Guide Myles and guests Tom, Bob and Tom brought a massive 6 foot halibut to the side of the boat. It was measured and quickly released. An estimated weight was 197 pounds. Tom said it was quite the workout to reel it up from over 200 feet. These large halibuts are females and can live for over 50 years.
After weigh in was over and lots of guests had tubbed out for the day.

Day three was an early start with all boats off the dock by 6:30.
Everyone had their shopping lists to fill whatever spaces they had left on their license.
Chinook are usually the first fish people target especially if they are Hog hunting. Snake Rock and Parker Point were once agin great producers with several double headers reported.
Some boats went out to the Peanut or offshore Green for Halibut. Coho were just about everywhere from 3 pulls to 30.

After weigh in the guests were treated to a final incredible Peregrine meal, awards were presented and all the catches were packed on the Helijets to be shipped to St.Jeans and other places. Another fantastic trip over!
Wishing you were fishing? Call us at 1-800-663-0992 to book your next great fishing adventure! 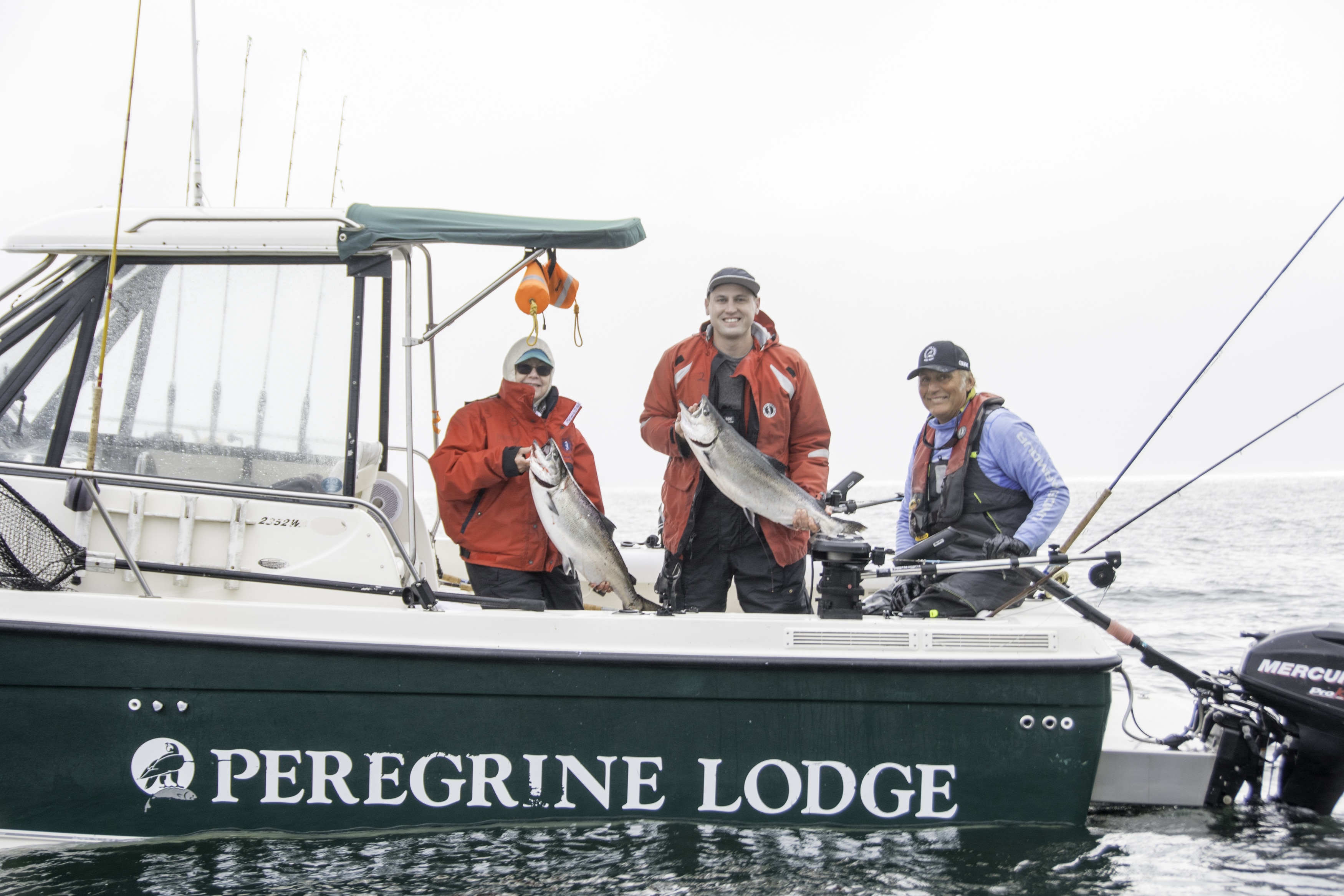 There were some great catches this week!